I have been urging to write about how life was going on lately here on my blog for the longest time. There are moments when I just want to write genuinely about how I feel not really caring if anyone notices it just cause of a sudden burst of feelings  lol

Half of the year has passed; looking back builds a smile on my face. The list of things I still cannot do and haven’t done is still as long as it has been. I’m inexperienced in life but a lot has changed. At some point when I was a teenager, I thought I’ve been through the worst. But then one day I have decided to become an OFW and met unfamiliar people that turned into family, some who were never meant to stay but impacted my life, all of which made me realize that life isn’t just what I thought it was. One thing’s common for sure –and that is it’s tough. It just varies they way we all deal with it.

Here are the highlights of the 6 months that gone through; each day giving me a lesson; each lesson part of how I perceive the world today. Lighter. More positive. 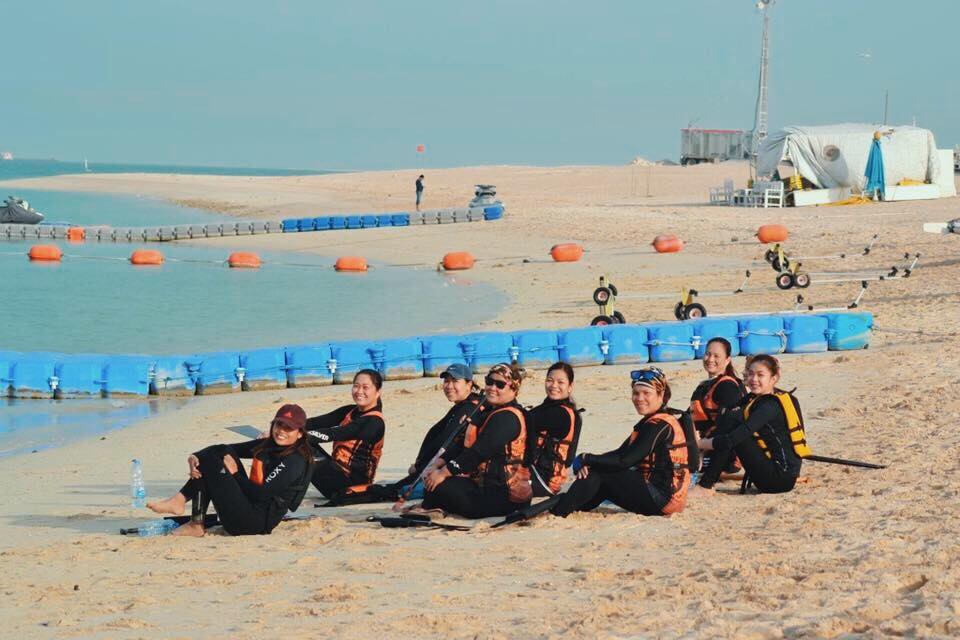 I’ll always consider this as a significant photo. Few women are likely to join dragon boat teams especially in a country as hot as Qatar. I’m not generalizing but we’ve always been open for new joiners but women tend not to because of the sun, heat and the fear of having my skin 😛 To fully grasp the significance of this photo, wait for my MP Goes One post ~ 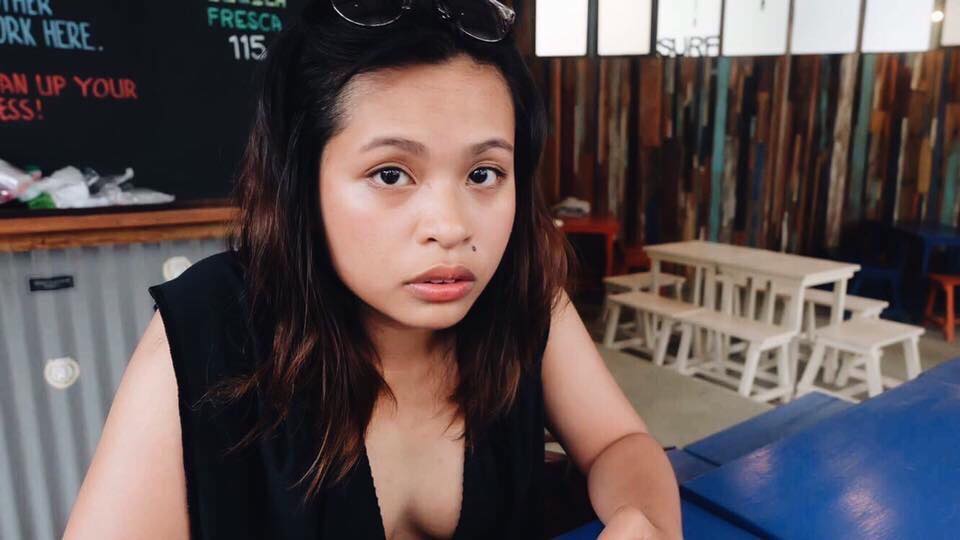 Was lucky enough to be granted a short vacation!! And what’s a better way to spend it than to be with the greatest friends and family ever ❤ I can’t wait to be back home huhu 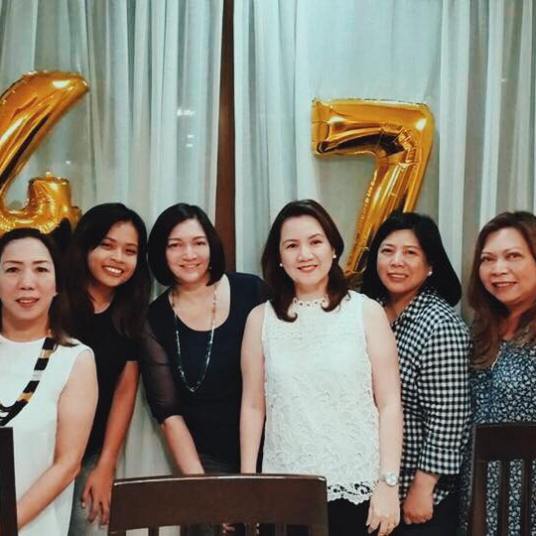 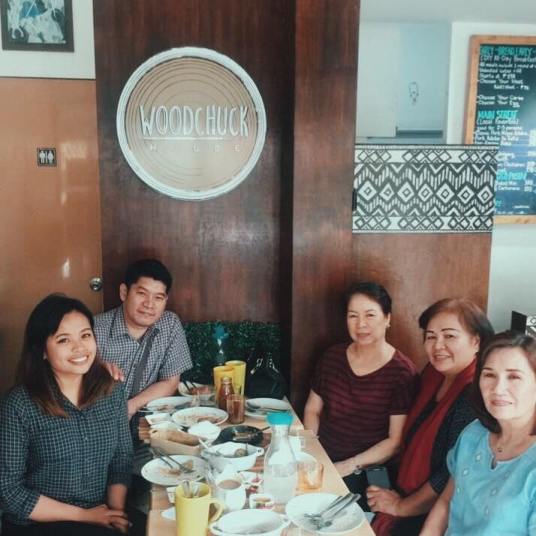 With Papa and Qatar friends’ parents ❤ 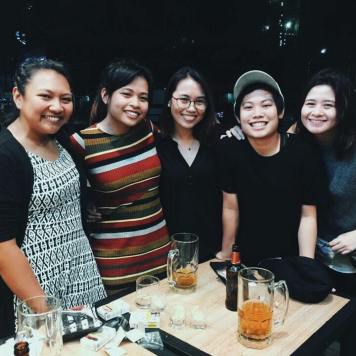 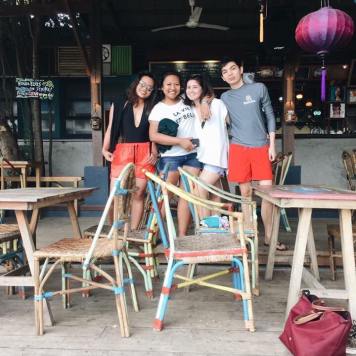 In the place to be, LU 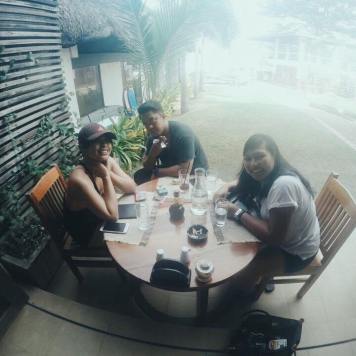 It was an 11-day trip and it felt like an amazing race wanting to fit all the things I want to do in that short period of time. Nevertheless, I’ve had the best time with the best people ever. I want to get rid of this habit of feeling like I’m always going to run out of time. Whatever it was that I wasn’t able to tick off in my to-do list, I will in my next trip.

And of course, Feb. Love month. And I’m not the one to celebrate valentine’s. HAHAHA so, this is how my 14th went. It was a national holiday for Qatar as incidentally the Sports day fell on the 2nd Tuesday of the month same day as Valentine’s, lucky for lovers they had a day off to go out and date. Wink wink.

We had a mock race for the QDBF race held last March. And so it was again spent with MP like most of special occasions. AHAHA. 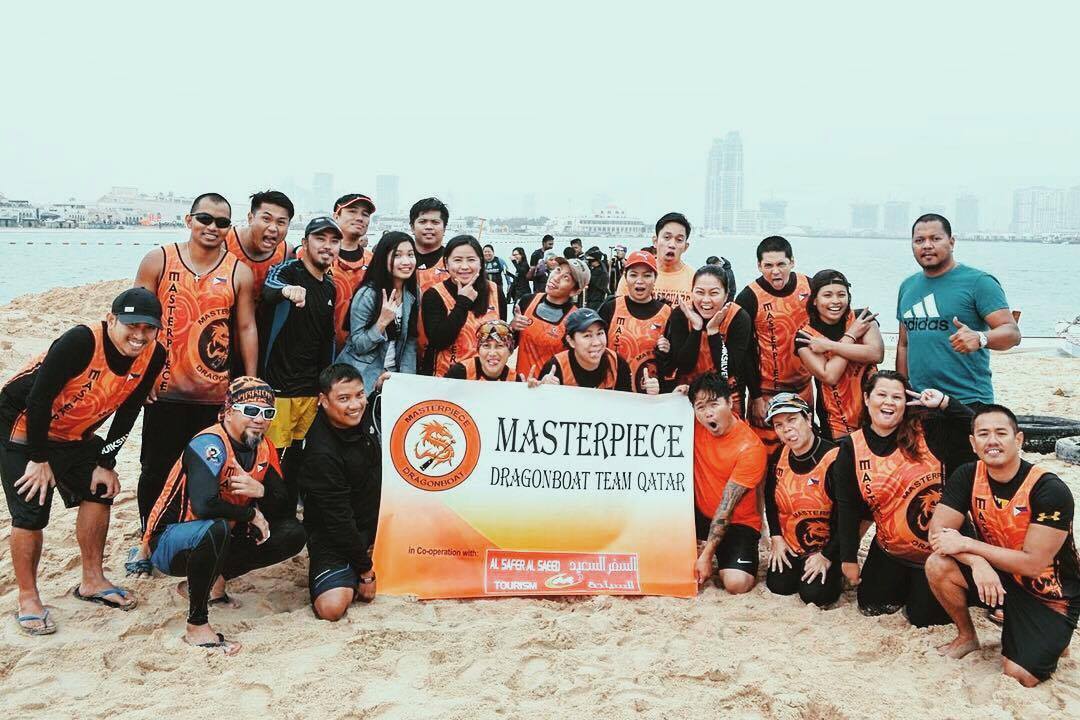 The race we trained for months has finally happened and how could I ever forget this special moment in my life, we won 2nd for the mixed crew while we bagged the Gold for open category. It was such a sweet moment hearing the team name’s being called out it still a clear memory.

Check out my feature: 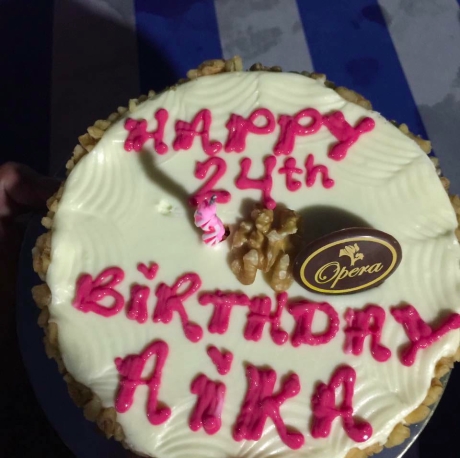 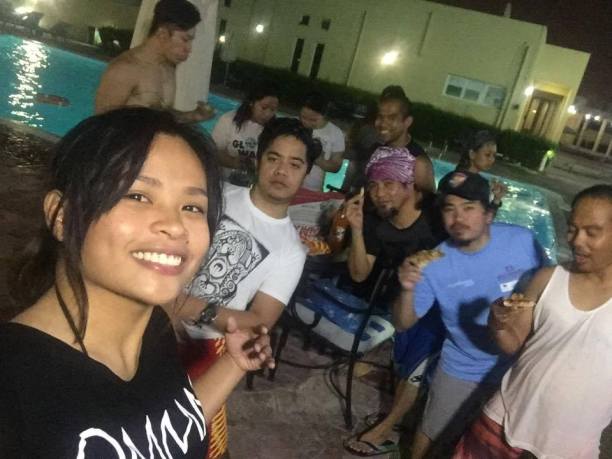 1st blow! By BHG pool training team. I completely did not see it coming. Everybody knows how off I was before my birthday because my plans didn’t go through. But it didn’t stop me from anticipating and welcoming a new year for me so their efforts were really appreciated. 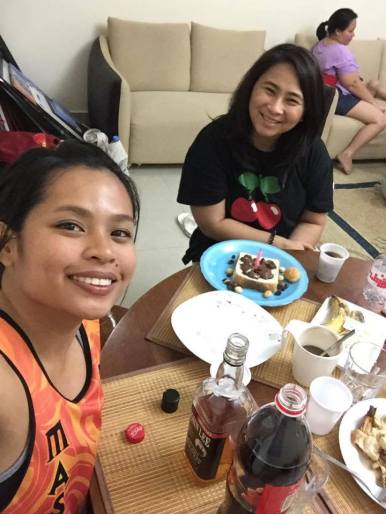 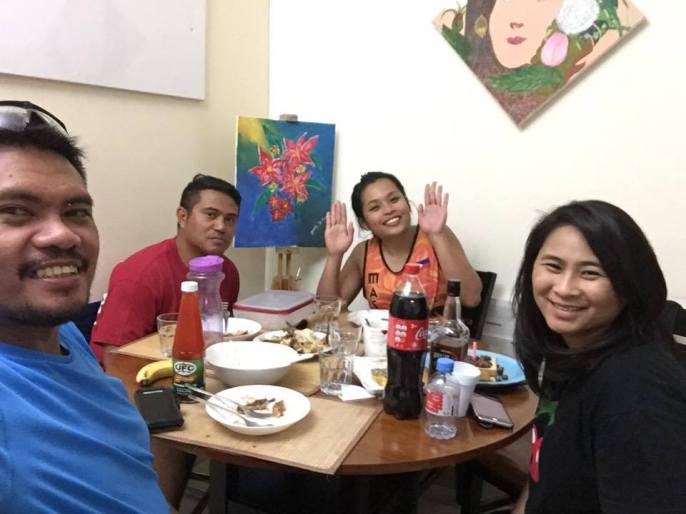 Karen has always been a sweet friend. They spent my birthday salubong with me despite being part of another team, that wasn’t really a big deal at all. 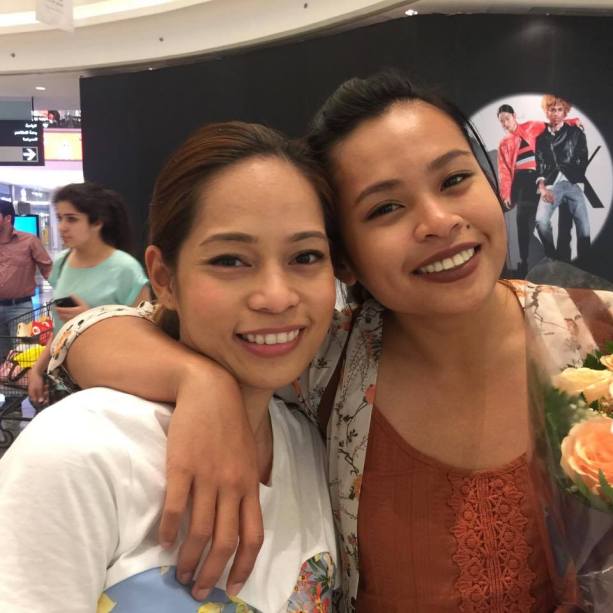 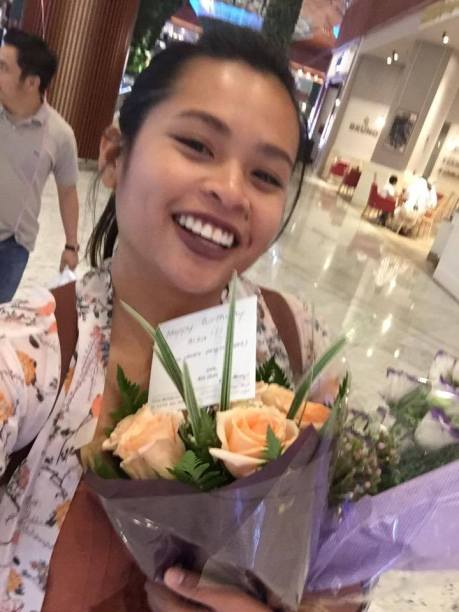 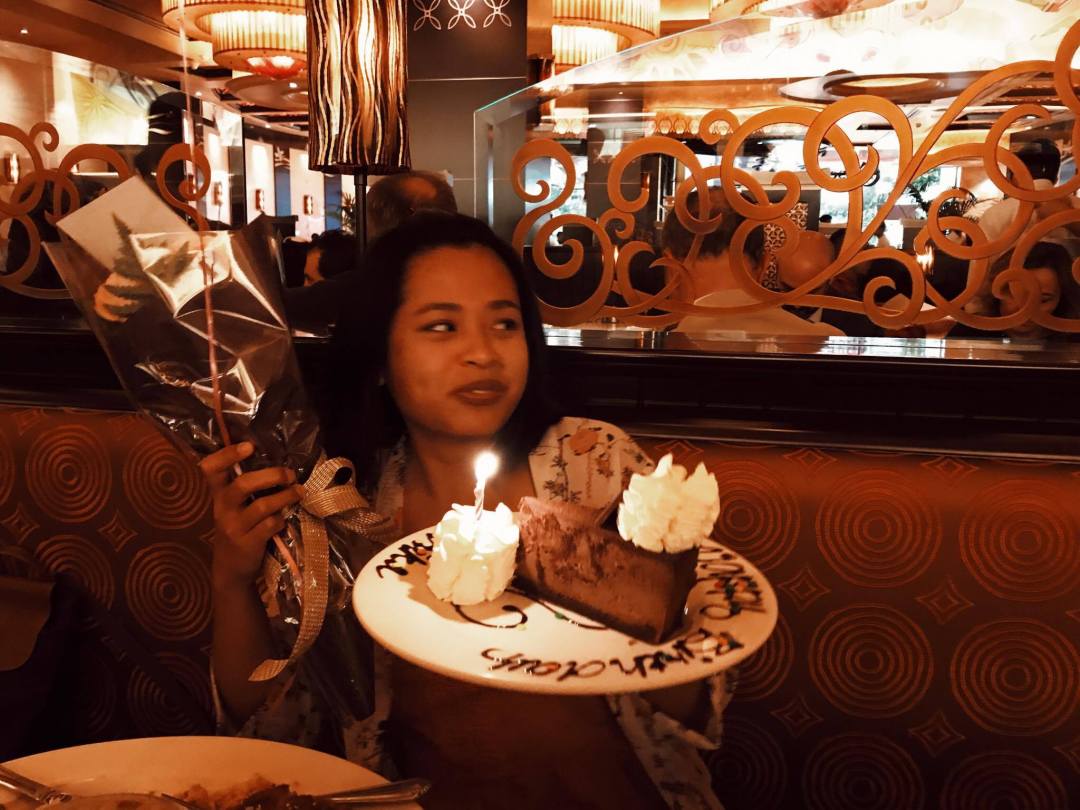 My actual birthday. I was expecting to only dine out with ate and kuya. But she never ceases to surprise me. Thank you, sister for loving me when I’m undeserving of your unconditional love. When all else fails, I know I have you to believe in me. I love you most in this world. 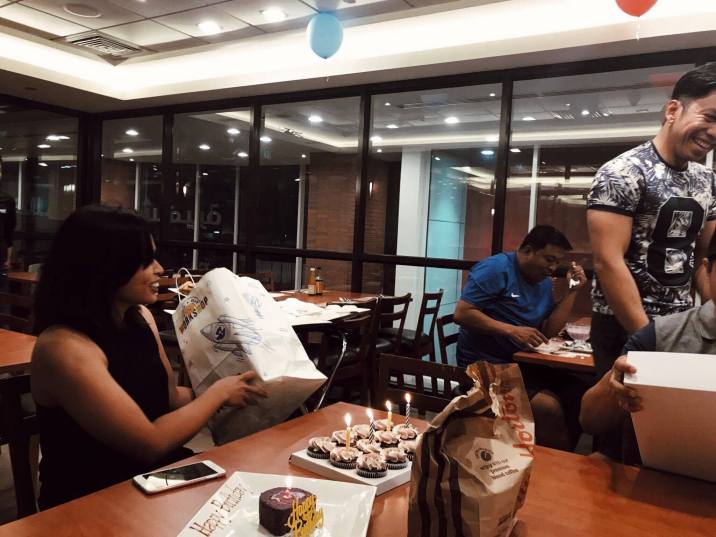 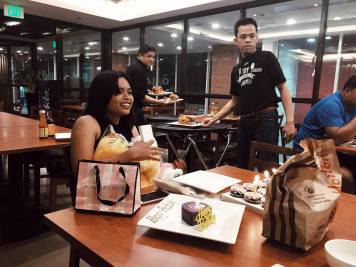 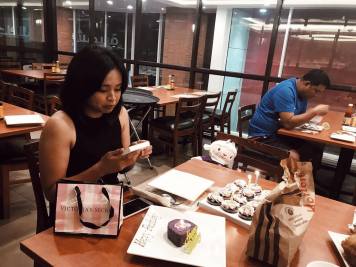 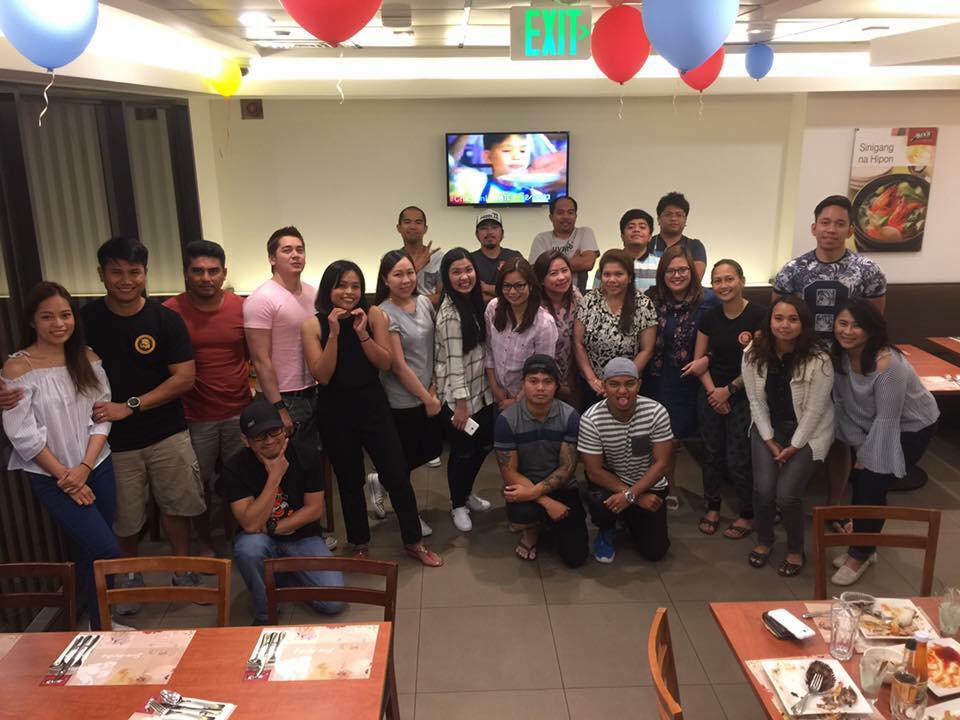 THIS. Just this. Hahaha, I had plans that night but they had better plans plotted out for me. I love you, team.

Idk what I did to deserve these beautiful people. 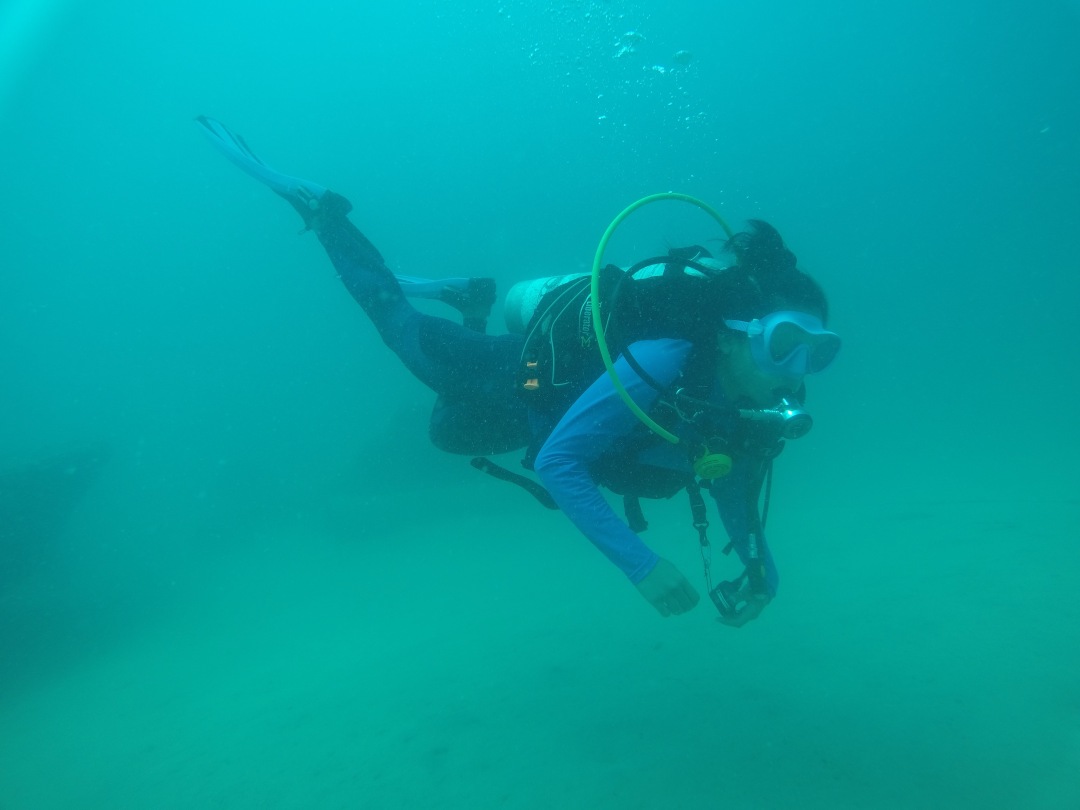 I’m happy it didn’t have to reach a year before I could pass the course. Thank you for what used to be just a dream coming into a reality. 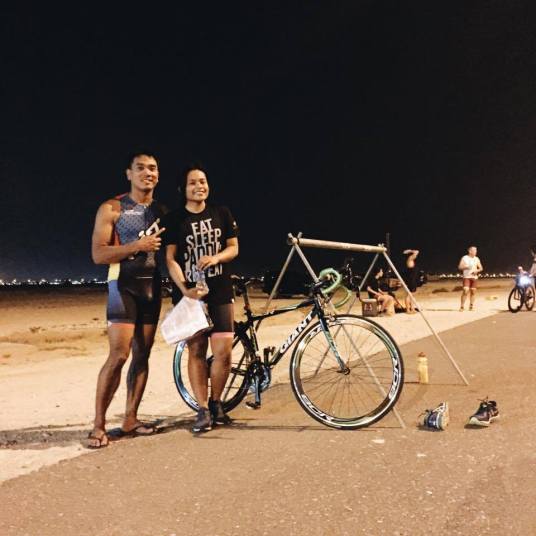 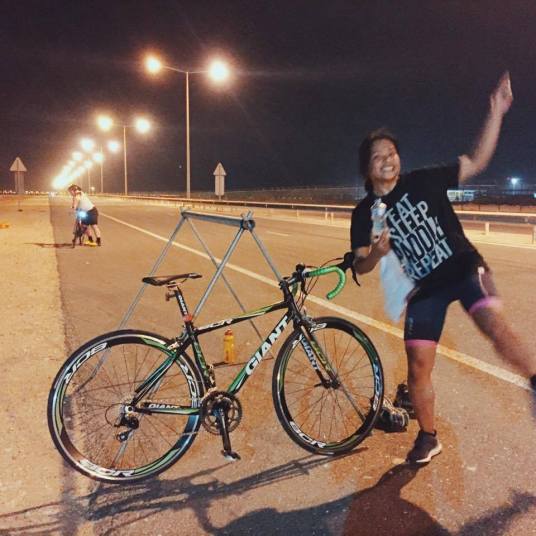 I’ve always admired triathletes with their determination and all the sacrifices they put through to get to the finish line. But it’s not just about that. I’m nowhere near being good at it (but I will be someday if I put time and effort on it, I know) but along the way, I learned that these athletes have sole purposes for how hard they push themselves to get there.

I’ve gained bruises and even scars and still  ended up at the bottom of the list. But I know why. And it’s not important what put me down while I was at it, but that I finished it still with a big grin. What an experieeeence ❤ Thanks for influencing me to live a fitter life.

So that’s 1/2 of my 2017. Collecting new experiences and all of the setbacks that came with it were elements of such proud memories. I’m battling everyday to work on myself. To see the good in everything. And if there’s nothing good to see, to still choose that IT IS good. Lately, I’ve been feeling like I’m living a dragging life. At the start of each year, we make this list of things we need to accomplish before another year begins. We put this pressure on ourselves and our surroundings as if we’re meeting a deadline. We initially feel bad for things we haven’t ticked off from that list. But now that I’ve moved to another place where there is literally limited things to do, I realized how important it is to take a breather. Relax. Take a break. Not be in a hurry. Literally do nothing. We tend to be in a hurry to do things that we fail to enjoy the moment because of the pressure we’ve put on ourselves. I’m not saying we need to just cut loose forever. But it’s okay to make things wait. We’ll get there! And we’ll savor the moment while we’re in it.

And more importantly beyond experiences, I appreciate the people who are around me. People who helped me identify my emotions, who I’m thankful for every day of my life for having, who really adds meaning to my life when it’s as if I feel lost and still searching for my life’s purpose.