After our Davao race last December 1, we flew back to Doha on December 3. And without enough sleep, landing at midnight… I waited for our early morning training in preparation for the Qatar Winter Dragon Boat Festival, which was held last December 7. I haven’t completely moved on, or I would say not even a bit from Davao race at that time. No need to discuss in detail but I used my mixed up emotions as my fuel to give my all for the upcoming race.

When life gets tough or things don’t work out the way you planned or pictured it in your head, which is the case most of the time, it’s better to realize what it teaches us rather than dwell on why it happened to us. That’s one quote that struck me shared by a good friend from high school I saw on my feed. You see, we spend a lot of time on facebook it’s nice to pick up bits that we can experiment on and try to apply in our lives, especially when they’re good ingredients for making a better version of ourselves, for ourselves. LOL.

I know when it’s race preparation that I tend to get too serious, even kills the joy during training. I don’t know why I become a completely different person on the boat but who cares, it’s all for the goal. I gave a fair share of my own motivational wave to have everyone on board just like everybody else. From day 1 I’ve tried Dragon Boat, I never saw anyone’s place on the boat an issue, the amount of training you put yourself into is what really matters and what would help the team. We were playing for one team, one goal, one stroke and whatever result comes out is the product of our teamwork. None of what I say should matter because at the end of the day, it’s all up to us individually how we will perform. And we did great!!

The race was yet again organized by the Qatar Dragon Boat Federation. Yearly, dragon boat teams here wait for their races. Not all teams opt to go out of the country to race. We all differ in perspectives and promote whatever we want to – and that’s cause we’re free to do so. As for MP, though we have joined a few races out of the country there are some teammates who prefer to race locally. Most of us are here for our own reasons and we have our own sets of priorities. That’s why this is an event we ACTUALLY look forward to. Logistics-wise, costs, consistency, without a doubt QDBF can organize races. I guess it’s just impossible and only stressful to wish for a perfect event. But sometimes, when you know you put your heart onto your work it’s hypocritical to say I, personally didn’t get emotional.

First to go to the race course is us the Women’s team. In 2017, the Women’s is a newly added category made up of 5 pairs with 1 pair of reserve players each team while in the recent race, we were required to form a standard women’s team made up of 10 pairs with 2 pairs of reserve players. As I’ve mentioned in my Davao post, we have built quite a good impression on people but more importantly, we, ourselves have witnessed how we blossomed from these caterpillars, with forms needed to be corrected, arms that needed strengthening to the butterflies that we are now. I don’t mean to brag, but I’m just so proud to be part of this team. Defeat isn’t enough to bring the pack down. So going back to the race, we were able to finish first and luckily go straight to the finals.

This was followed by our Men’s team, who also won so clear from the shore to finish first. Our Men’s team, were the most supportive of the Women’s. They treated us equally and everyone gets to train the same program without exceptions. The Women’s team in return waited on the shore to cheer for them. We know how they have worked hard for this and it was evident with the results they showed. 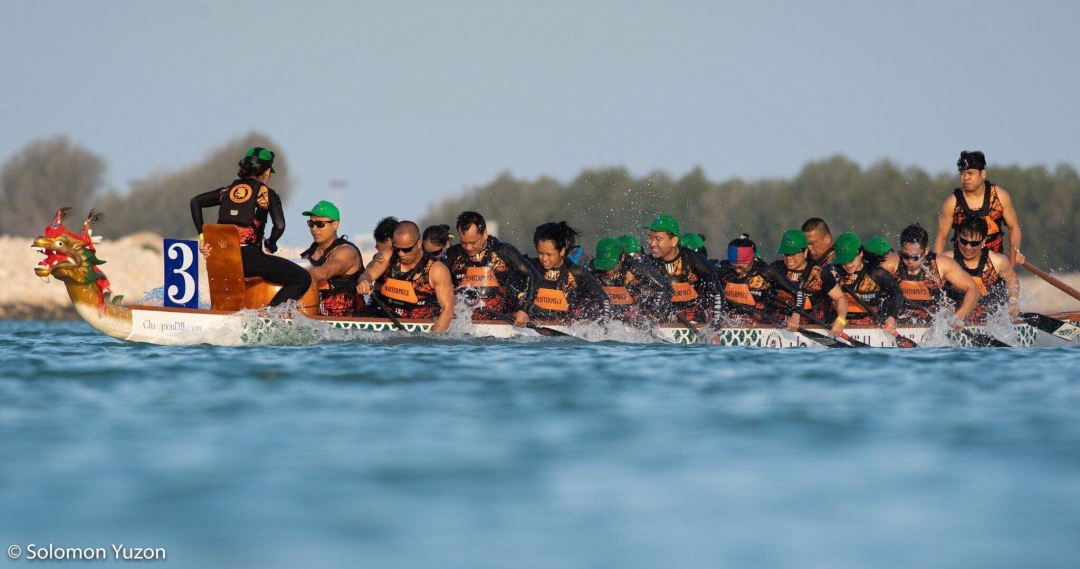 Our Mixed team, luckily finished first on the first heat as well. And since there were more Mixed teams who signed up for the race. The first heat goes to Semis to filter down to the Finals. We had high hopes for the mixed team, because during the training we tried to lower our time and hooray! Maybe that’s the reason why we became Champion in this category, garnering the lowest time among all the heats. 🙂 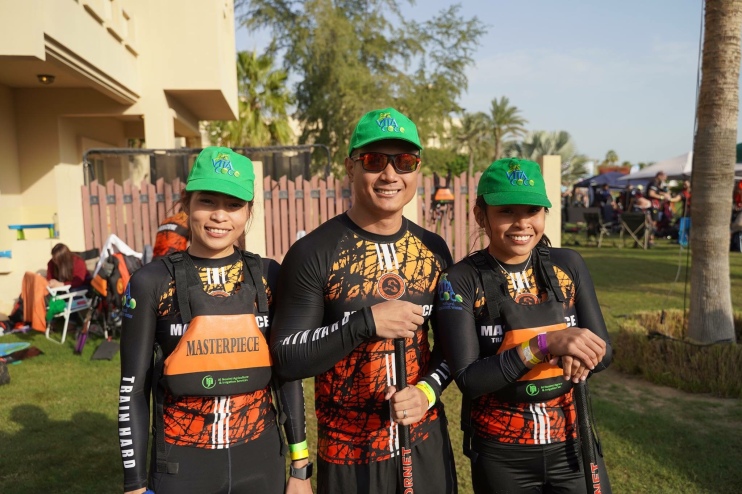 We had time to rest to prepare for the Championships. We roamed around. Took group pictures. Had sumptuous lunch (Facebook: Paluto kay Vivian) Lalala. And came Mixed sem-finals. This is where some unexpected things start to boil. Winter here usually starts November to February, the wind was expected to be strong and the current to be stubborn as per usual. But this is dragon boat paddling, how’s it a challenging sports if we’re just going to expect calm, still waters and so this wasn’t a surprise. We were given a heads up, yep… About capsizing, we were given real, actual training and thank God, we did becaaaaaaaaaaaause, we actually did capsize. We were hit by another team’s boat. I don’t think it’s necessary for me to share a picture. (Aside from it’s too funny cause I was the only one left on one side with a crying ugly fucking face). WELL, IN MY DEFENSE, I WASN’T SCARED but kinda sorta a little panicked, to say the least. LOL. When we reviewed the video, we counted roughly 10 seconds from when we were hit until we found ourselves floating on the water. I just have to say, I’m really proud of my sister for being alert and coming back to her senses more than anyone else did. 😦 She did a count off and we were all safe and complete. Yey! It felt seemingly endless, I remember hitting the water, drinking 3 gulps of salt water, found myself under the boat, going to the other side and panicking where they were and I can’t believe that was just ten seconds!!! I have done a lot of things in my life I’m not proud of and this my friends, is one of them. But it’s all too funny now to give a shit.

Moving on… we paddled safely to the shore. I was so disappointed AT FIRST that what was clearly a chance for us to win the Gold seemed like, so easily taken away by an incident none of us wanted. So we protested and appealed if we can be given a chance to race again and we were given two options. We were able to race again and they based it on our time, and that was one of my favorite moments during the race. Our game face was on, fully ready to win the championship and paddled our way to the shore. Yup, and we got it. ♥

Funny how we were all carelessly dancing away before the incident happened and in one second we were all worried and the next thing you see, us dancing again. MP – together through good times and bad times.

The race went on til night, without lights on the race course, yet somehow they knew who won. We all know what happened that night. But it’s one of the things in life we get to experience to teach us an important lesson. It’s humbling and at the same time ignites the passion the heart of a paddler has to keep on fighting. We don’t always need to win to prove something. We just need to play fair, clean and with the utmost integrity as a team. There are lots of races coming our way and God, bless us with sponsors. This is part of the journey, it wouldn’t be as memorable as it is now if things didn’t happen the way they did. At the end of the day, that’s what we’re grateful for. We got home safely and just proud to be part of this team. You should be too. Dragon boat chooses no race, height, gender, weight, experience. YOU CHOOSE DRAGON BOAT and it loves you back.

Thank you for this. 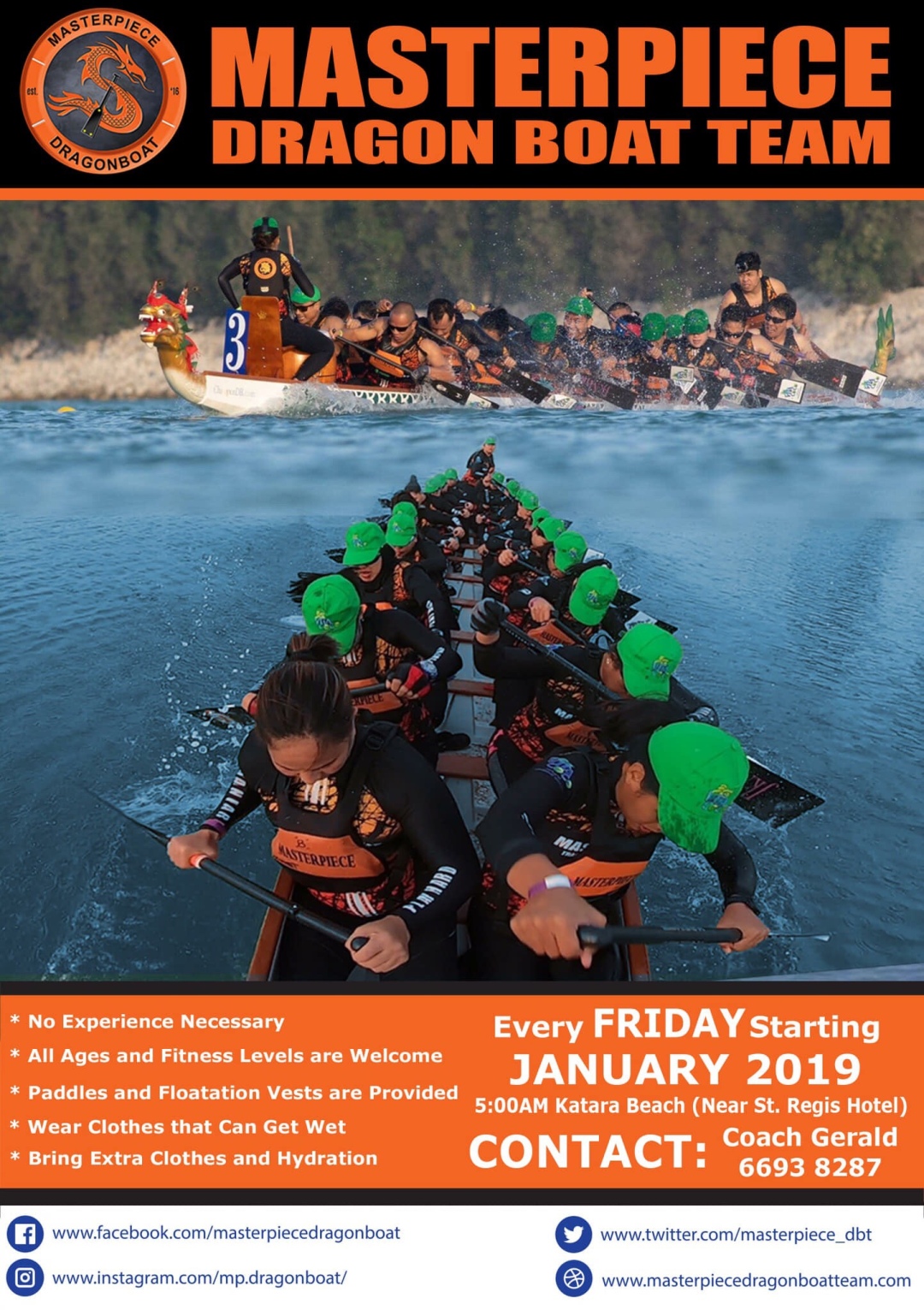