One of my favorite trips because I was able to spend it with my cousins. We’ve been away for long but it didn’t give us any gap and the trip was an opportunity for us to catch up. 🙂

I was lucky enough to get a discount deal for business class. And PAL didn’t disappoint. The flight was on time and I had the best service I could get for a 3-hour flight. 🙂 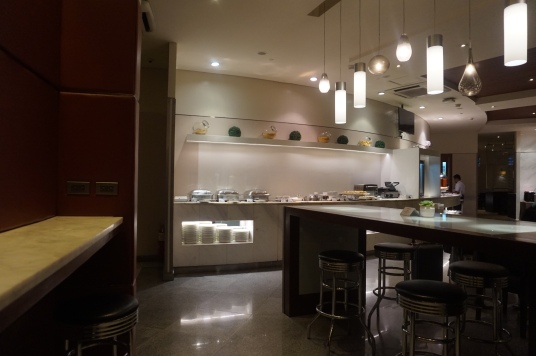 From the airport, I bought a sim for data valid for 5 days for 18SGD and it was worth it. It’s just that I had a problem, which probably was fixable but didn’t bother finding a solution. My google wasn’t working with data as well as grab, but with wi-fi everything works perfectly. I had to ask my boyfriend to look for that hawker centre in the movie Crazy Rich Asians because first on my to-do list was to find chicken rice and laksa! I walked from Hilton to Newton Food Centre, only 1.3 KMS away. Had no issues with walking that distance and even with the sun but I was really all sweaty when I came. Hahahahah. Nevertheless, I was a happy kid with laksa and chicken rice, not counting calories and drinking cold Singaporean beer along with that. 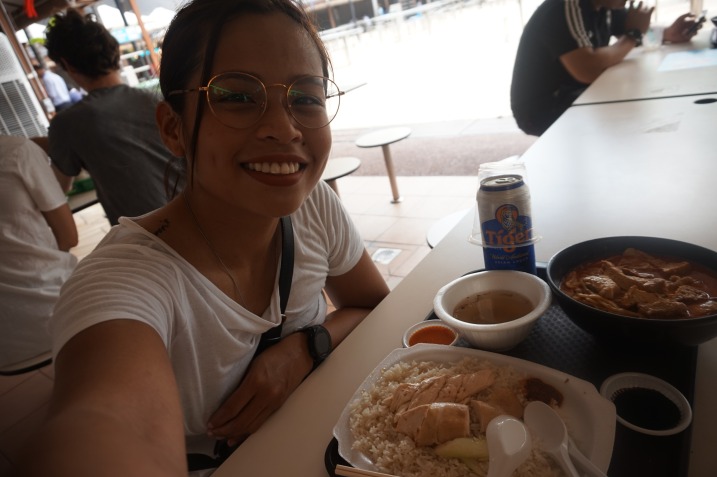 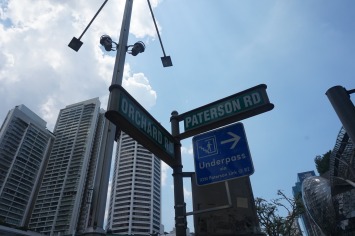 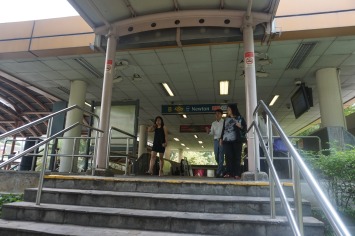 I had to pause there because I literally finished everything and I forced myself to because I didn’t want to waste any moment. HAHAHA, I walked back to the hotel and called my boyfriend and slept while waiting for my family. 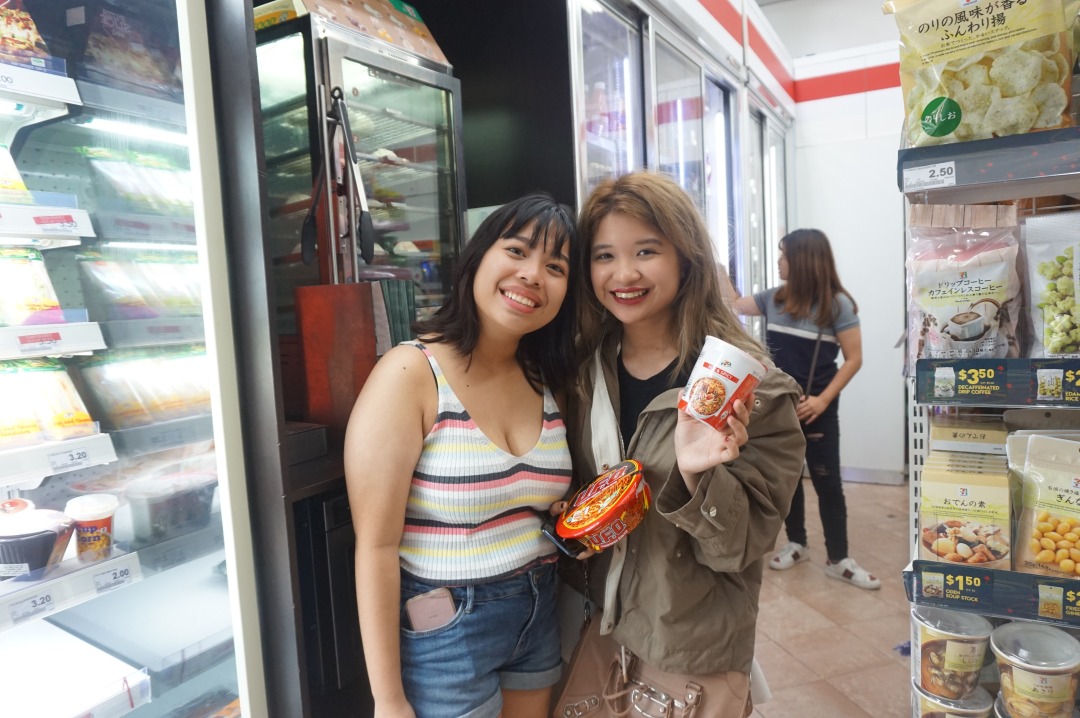 When they arrived, it wasn’t hard for me to get hungry again. I got a big appetite 😛 So life-saver was 7-Eleven. HAHAHA. Aren’t we adventurous foodies? I slept early after because I wanted to hit the gym next morning.

(Admit it or not, we all do gym selfies but I’m not posting one to prove a point. HAHAHAHA) We were dropped at Arab St. and went to Haji Lane to appreciate street art. It was too early for the establishments to get moving. So we just walked around for good pictures. 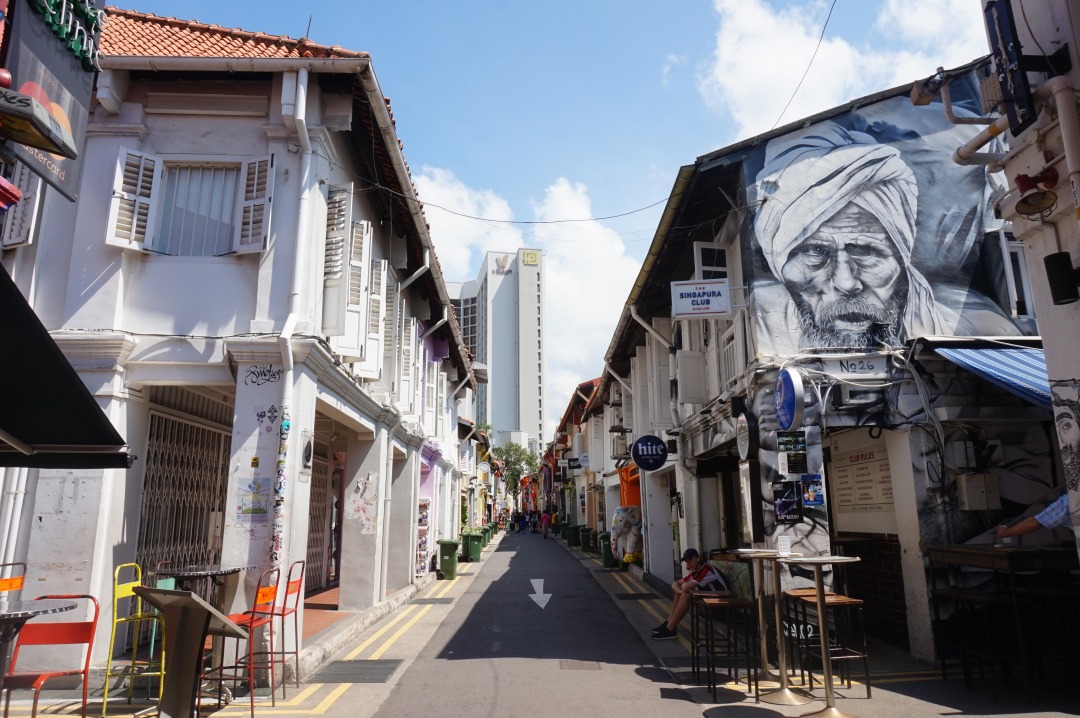 Since we are F.R.I.E.N.D.S fans, it was impossible not to include Central Perk on the list. 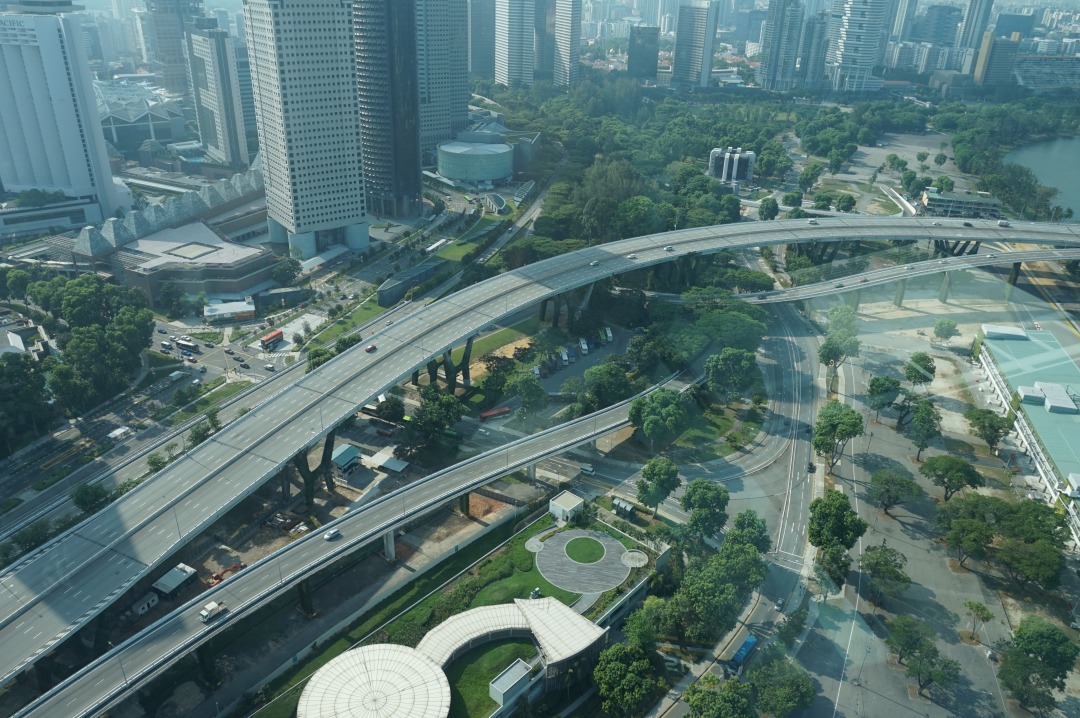 Rode the Singapore Flyer and caught a nice view of Singapore ❤ for 33SGD I don’t have a lot of pictures in my cam because I always take videos, which link will be shared in a while. We went to Gardens by the Bay afterwards and I don’t have pictures. HAHAHAHA but part of the video so you’ll see it 😉

Tito and tita decided the day before that we cross the border and visit Melacca City! And so we tagged along, as early as 6:30am we had to rush to the meeting point with our driver. After a 3-hour roadtrip we arrived at Melaka and explored the whole afternoon.

We learned about the history and culture of Malaysians and funny how similar some of their words are with ours. It’s very diverse as we have walked along the streets where different places of worship stand.

After this quick trip, we went back to the Hotel, tired and I thought that this was the best time to catch up with an old friend, my best friend in college and remains to be until today. She’s getting married soon and I’m happy we were able to do this.

Follow her blog!! @ https://rashiedamae.wordpress.com I’m so proud that she’s been turning her dreams into a reality and I’ve alway known her to be the one who’s hardworking and responsible. I love you so much, Mae!

We went to Universal Studios on the last day before going back to Manila. And yey, I love being a free child. ❤

I’d be completely honest, we rode 4 rides. That’s it. But the overall experience is unforgettable. And we 4 know why. 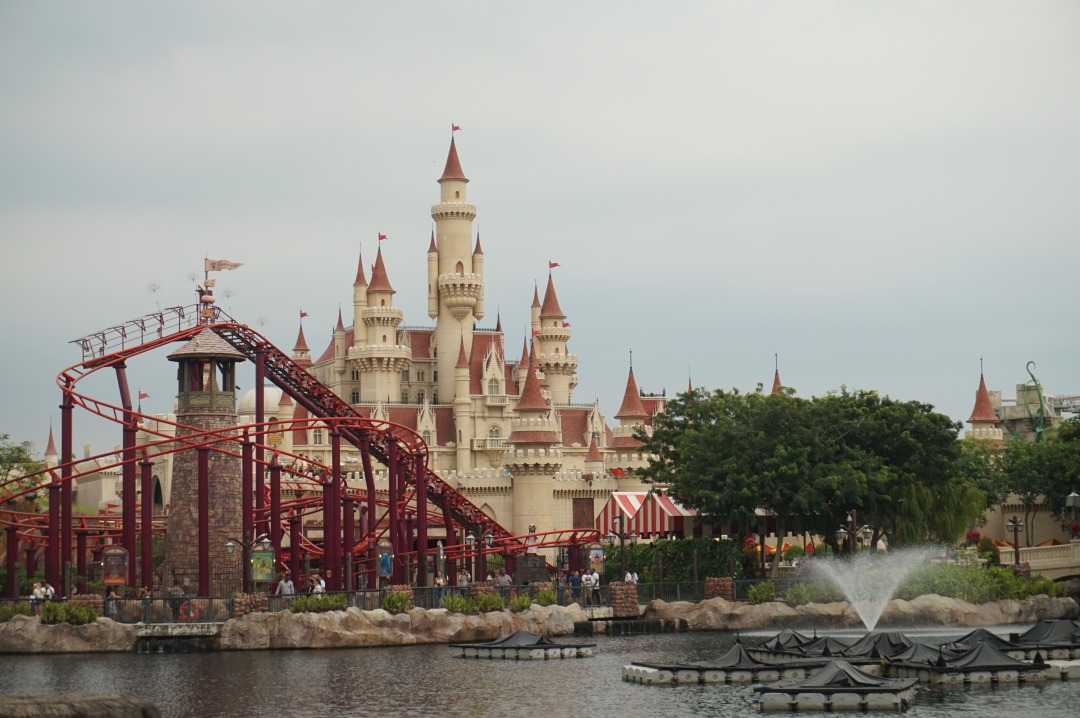 The admission for normal, not the VIP tickets, are 79SGD. Well it was worth it. You pay for the experience and the feeling anyway.

We took the train. She’s mostly my model cause it’s her first time visiting SG. 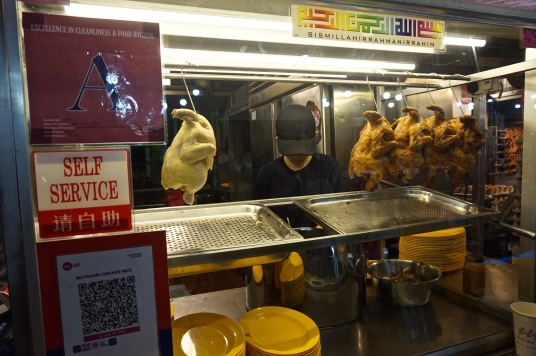 My cousin’s friend who started working in Singapore last December, was the one who guided us and yey! I actually spent my birthday running and chasing for the last train stop going back to Orchard. HAHAHA and it was worth it.

All trips have downsides we choose to put in the bin and forget. But the best ones not captured by photos or videos are the genuine memories we keep forever.

I loved this trip so much because I got to spend it with family after 3 years of being physically away. I always made a point to talk to them and ask how they are. Because that’s what’s family do, despite the differences. And cousins are our first best friends!

One thought on “Singapore!”